The negotiations between the officials of the Boulevard Royal and the industrialists of the Greek group took place informally, since the associated documents are not kept, notes the Court of Auditors in its special report, published on Monday. A document that scratches certain practices.

The negotiations between the officials of the Boulevard Royal and the industrialists of the Greek group took place informally, since the associated documents are not kept, notes the Court of Auditors in its special report, published on Monday. A document that scratches certain practices.

The Court of Auditors has just made public its special report “on the sales of land located in ZAEs and belonging to the State”. More specifically the analysis of the sale of land to the company Fage International SA, which in 2016 announced its intention to set up in the Wolser zone, between Dudelange and Bettembourg. An arrival that will ultimately never materialize, the Ministry of the Economy announcing in September 2020 the renunciation of Greek shareholders.

The manufacturer of Greek yogurts will not be established in the Wolser area between Dudelange and Bettembourg, the project has been abandoned, confirms Tuesday the Ministry of the Economy. The 15 hectares acquired will be returned to the State at the purchase price.

The Court of Auditors first of all recalls that the surface right contract constitutes the general rule according to which surfaces are made available to industries, but in certain cases, the sale of industrial land in an economic activity zone national is carried out. The Court noted, however, that “the reasons which lead the competent ministers to grant a sale of industrial land rather than a surface right are not properly documented ”.

“According to officials from the Ministry of the Economy, negotiations with manufacturers are taking place informally and related documents are not kept,” the report said. The institution also notes that “the documentation relating to the industrial activity or the planned provision of services remains incomplete in all the files of the Ministry of the Economy submitted to the examination of the Court”.

While the Greek industrial group formalized the cancellation of its establishment in the Grand Duchy, the reactions of the political class were as numerous as they were varied. Overview.

And continues to drive the point home by specifying that “apart from the annual activity reports of certain companies, some internal notes as well as exchanges of letters, the files do not contain a detailed industrial project allowing to conclude to the particular aptitude of an activity to contribute to the development and structural improvement of the economy or to a better geographical distribution of economic activities, nor to well-founded economic analyzes making it possible to assess the impact of an industry on the national economy. ”

The authors of the report also recall that the amended law of July 27, 1993 provides that the files covered by the report must be handled jointly by the ministries of the economy and finance. To do this, a special commission, where the two ministries are represented alongside other ministries, must be seized for opinion. However, in the Fage case, with the exception of requests for subsidy, “an opinion of the special commission is lacking in all the files of sale and concession of a surface right”. 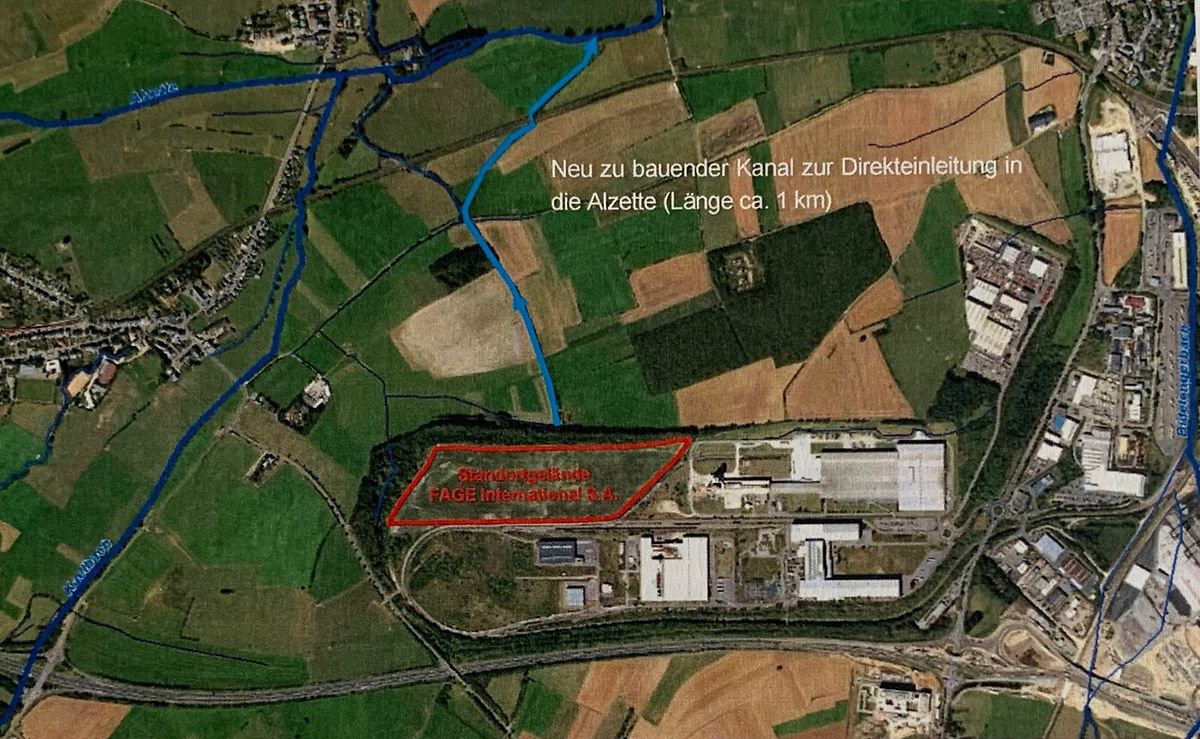 Fage had acquired, for 30 million euros, the land where the group wanted to set up its factory.

Fage had acquired, for 30 million euros, the land where the group wanted to set up its factory.

Fage International, born in Greece, has been officially based in the Grand Duchy since 2012.

The Bettembourg site was to include a primary dirty water treatment facility.

According to the Court, referral to the special commission is essential in order to ensure transparent planning and development of ZAEs, to examine the economic merits of the project at an early stage and to contribute to better legal certainty. The Court of Auditors also notes that “the discussions and discussions with the buyers respectively the tenants of land were carried out exclusively by the Ministry of the Economy.”

In addition, “An exchange of information relating to the progress of negotiations has not taken place between the two ministries”. Finally, the authors of the report underline that the fixing of land prices was carried out “Without any intervention from the acquisition committee”. The Court noted “that documentation regarding the valuation of the land is lacking, and this for all the files of the control sample. No document exists to trace the determination of the price, such as negotiations with buyers, discussions with the Ministry of Finance respectively the Administration of Registration, Estates and VAT or independent expertises “.

The speculator in the financial world

Cameroon: a new president for the Association of Insurance Companies

PodcastWhy digitization is a key issue at Dussmann

Insurers have to fight for Riester

The history of Binance Coin (BNB)
2 weeks ago

Column Hardly any movement at BASF
2 weeks ago