Despite the crisis, some do not hesitate to take up the challenge of starting a business. Even in the hospitality sector, like the founders of the “Simbiosa” restaurant. An opening which nevertheless required some adaptations to function at best in these times of sanitary restrictions.

Despite the crisis, some do not hesitate to take up the challenge of starting a business. Even in the hospitality sector, like the founders of the “Simbiosa” restaurant. An opening which nevertheless required some adaptations to function at best in these times of sanitary restrictions.

(ASdN with Mara Bilo) – While many companies are currently facing major difficulties, the pandemic is not pushing back the most enterprising. Like Stéphanie Reuter, Christophe Prosperi and Jérôme Bigard who have embarked on the adventure of entrepreneurship despite the crisis. On October 5, the three partners opened the “Simbiosa” restaurant in the Luxembourg-Ville station district.

“We just wanted to work again,” explains the 36-year-old young woman to our colleagues from Luxemburger Wort. For several years now, the three founders of the company have been running the Schengener Haff at the border, where weddings are usually organized, as well as a restaurant which opens during the Schueberfouer time. But with the health measures, “hardly anything has happened since the start of the pandemic”, regrets Stéphanie Reuter.

It is therefore to cover the costs of the place that the three friends decided to open a restaurant in the capital. Because although it is no longer possible to eat on site for the time being, “the experience of the first months shows that it is still possible to offer take-out”, underlines Christophe Prosperi.

“We had already thought of vegan fast food before the crisis”, confesses Stéphanie Reuter. But in view of the current situation, “we wanted to bring to the market an offer that would appeal to as many customers as possible”, she adds. The team therefore offers mainly vegetarian dishes “with optional meat”. 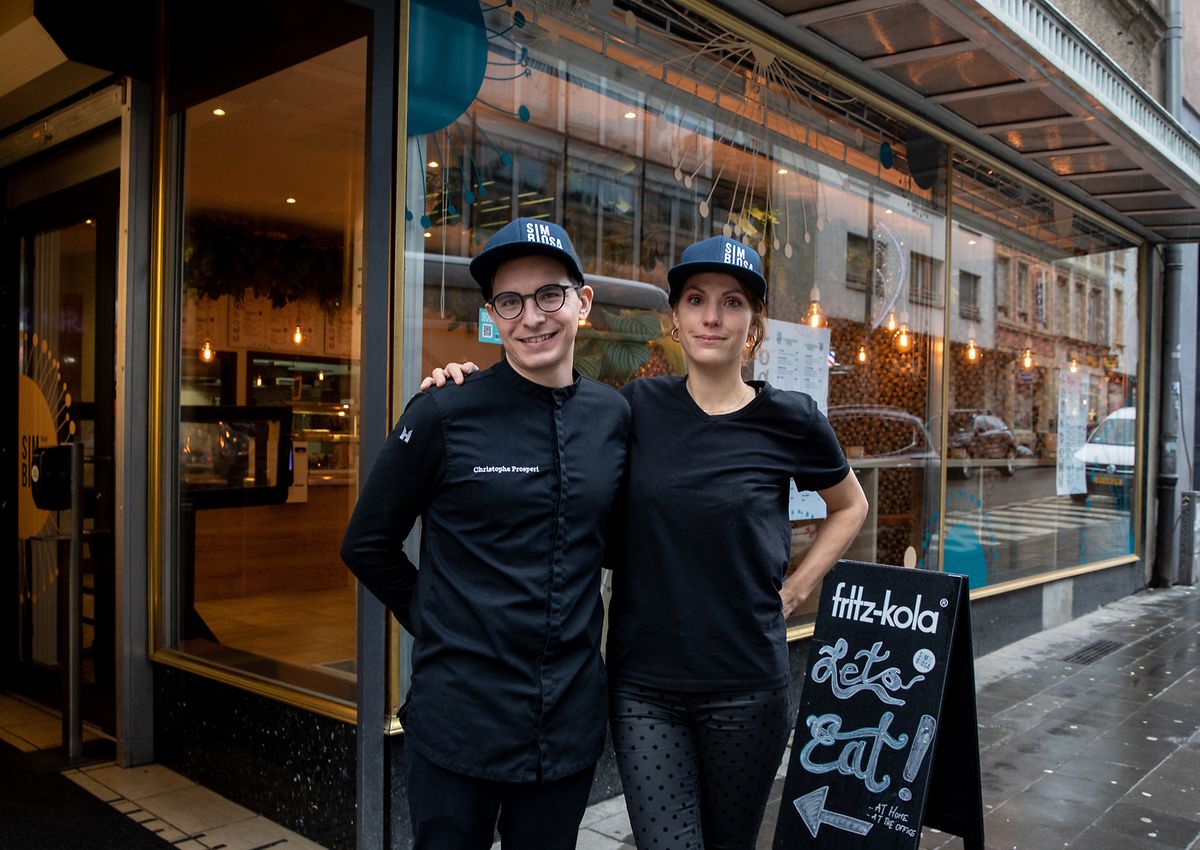 Despite the risk of strengthening health measures, the team took up the challenge by opening a restaurant in early October.

Despite the risk of strengthening health measures, the team took up the challenge by opening a restaurant in early October.

For the time being, the team is focusing on take-out meals with a reduced menu to avoid waste.

The restaurant has 26 seats, but currently, customers cannot enjoy it.

The chef also relies on a limited menu and dishes prepared with “a reduced number of ingredients”. The objective is thus “to prevent food from ending up in the trash” in the event of strengthening of sanitary measures. In other words, in the event that the government forces them to completely lower the curtain.

If the team does not benefit from any state aid – which requires having been in activity for some time before – business is rolling. At least, its leaders say they are “satisfied with the development”. Because if they have “not yet quite reached the point that we had imagined”, recognizes Stéphanie Reuter, there is still great hope for the future. “When the offices of the district will be occupied again and that the tram will go to the station, the situation will improve”, they confide, optimists.

Due to the strength of covid-19 in Luxembourg, the Prime Minister announces this Wednesday that the current provisions will remain in place until the beginning of 2021. Bars and restaurants will therefore remain closed.

For now, the Horeca sector remains strongly affected by the crisis. After eight weeks of closure at the start of the year, some 2,240 bars and restaurants across the country had to lower the curtain again on November 26. And they are not about to reopen. On Wednesday, the government dashed any hope of reopening by the end of the year by announcing a maintenance of the health system currently in place until mid-January.

Entrepreneurship was not on the minds this year, according to a study by the Global Entrepreneurship Monitor (GEM). Compared to the previous year, the procedures for setting up or taking over a company fell by 20% in 2020 in Luxembourg. So far from the record of 2,014 establishment authorizations requested last year.

What is Bruno le Maire playing with Bitcoin (BTC)? - Cryptocurrencies

Shime puts the package on the hunt for butts