Black Friday, Christmas shopping, sales at the start of the year: the company no longer knows where to turn to satisfy its e-commerce customers. From Contern, it manages shipments of nearly 45,000 orders per week.

Black Friday, Christmas shopping, sales at the start of the year: the company no longer knows where to turn to satisfy its e-commerce customers. From Contern, it manages shipments of nearly 45,000 orders per week.

The crisis spared Luxroutage. And Frédéric Bilski is the first to be satisfied. “Already on the health issue, most of our 56 permanent employees have been spared. Phew. But in addition to the work point of view, we have never had so many. 30% more, I would say, ”smiles the person who heads the company. So, in the 3,700 m2 of warehouses in Contern, from 6 a.m. to 8 p.m., it works hard.

Never have the Luxembourg postal services handled so many parcels. And now the flow of Black Friday, Saint Nicholas and Christmas is coming. Not even afraid!

Not a second to waste. As soon as an order has been validated on one of the websites of the 85 customers who trust Luxroutage, forklifts or little hands will find the desired product among the some 2,900 pallet locations that the racks support up to 12 meters in height.

A cathedral of goods that had to be recorded on arrival, carefully labeled, placed and on which the computer takes care of stock management. “And if the average parcel that we prepare here is around 800 g, it can quickly increase when it comes to sending a refrigerator or a treadmill,” says Olivier Grosnickel, operations manager.

If the confinement has benefited the activity of Luxroutage, in the Grand Duchy several other operators in connection with e-commerce are also rubbing their hands. Post has seen its packet volume increase by 45% since March. For this end of the year, the group even expects to have to process up to 700,000 packages in one month. Never seen.
At DHL Express, General Manager François Remogna, noted an increase in the volumes of parcels sorted and delivered by 25% this year. An unprecedented burden for the 160 employees divided between the Contern base and the delivery vans.

Right now, the pulse of the company is beating like never before in eleven years of activity. The Black Friday, Black Week, holidays and soon winter sales effect to add to online purchases related to containment. “It will run until February,” expects Frédéric Bilski who knows that his teams will go from 35,000 orders managed per week to nearly 45,000. “And this year, we can estimate that the volume processed has increased by 30%. The confinement pushing people to order from their homes, and therefore to give us work! ”.

Luxroutage thus offers its logistics and shipping solution to e-commerce companies based throughout Europe. Mainly suppliers of food supplements (for those who wish to lose weight or gain muscle), but also drugstore, shopping trolley or even sex toys. “The idea being to be as adaptable as possible to the needs that we identify. ” 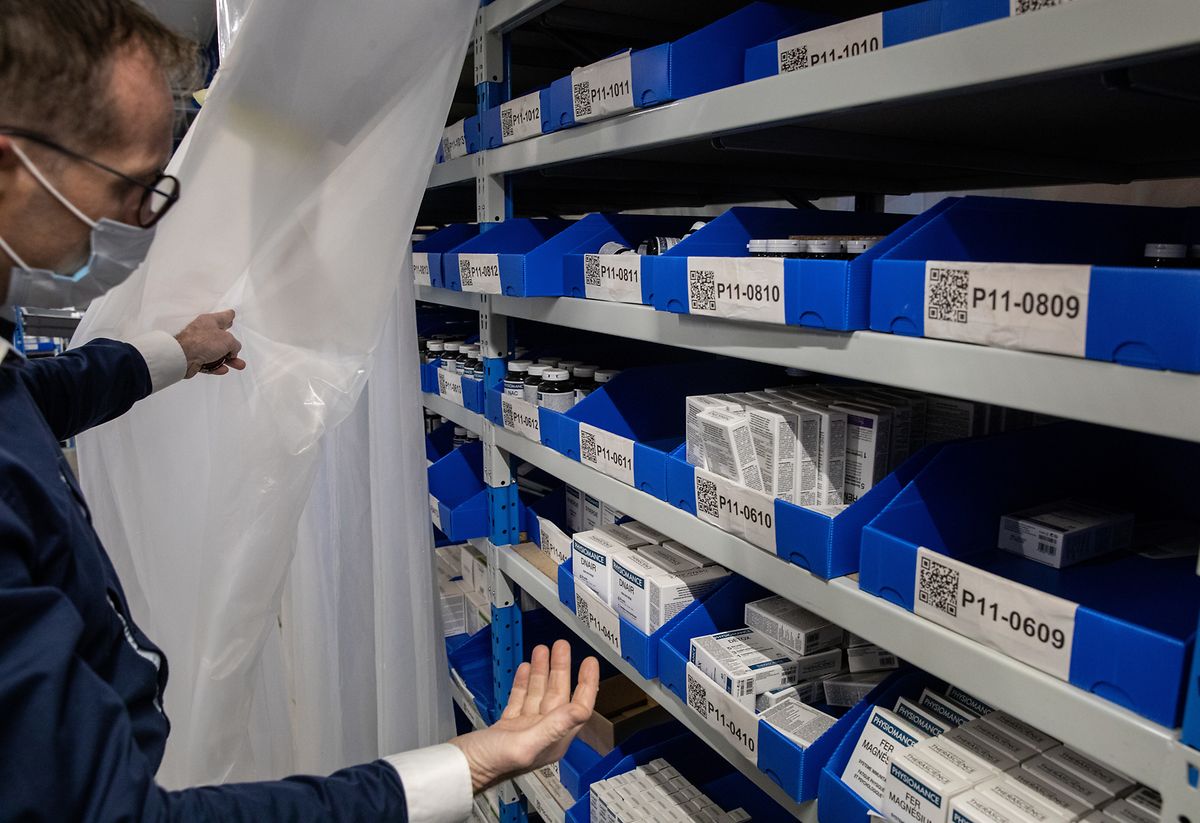 For Frédéric Bilski and Olivier Grosnickel, it is now time to consider moving to an even larger hangar.

It is sometimes more than 12m from the ground that you have to pick up the product to be shipped.

Two teams take turns every day to ensure that packages are delivered and made available to carriers as quickly as possible.

Thus, for this luxury leather goods manufacturer, the company offers to wrap bags and other wallets in elegant covers, slip in a nice note all wrapped up in a package in the brand’s colors. “Not Amazon who would do that!”, We slip to show how we have stood out here. There is also this telephony specialist who did not know how to manage his customer returns. “We told him that we took care of everything, technical checks, reconditioning (by hiring a repairman) and storage of the product before it finds a buyer.” Since in the middle of the boxes of capsules, various powders and fashion accessories, also transit mobiles.

Parcel services continue to grow in Luxembourg, encroaching year after year on traditional mail market shares. Evolution that the Luxembourg Institute of Regulation explains by a growth of cross-border services.

While on the one hand, Luxroutage’s IT must be compatible with the software of its customers’ sites, it must also adapt to those of the carriers who come to take charge of the thousands of packages prepared. “Here, we treat for nearlyaround fifteen distribution networks, says Olivier Grosnickel. Colissimo, UPS, Mondial Relay, DHL, UPS, Deutsche Post, Home Delivery, DPD, etc. ”

And the private individual, upon receiving his parcel, will never know that it first passed through Contern, in the hands of one of these operators capable of packaging, labeling, scanning and shipping more than 80 packages per hour… Father Christmas has some great help now.

Shime puts the package on the hunt for butts